Kwesi, a Ghanaian asylum-seeker fled Ghana escaping religious persecution. However, upon arriving to the US border he was held in indefinite detention for almost two-years.

Kwesi, a devoted Christian refused to become the next voodoo priest of his village in Ghana and he was persecuted for it. Fearing for his life he fled to South Africa, through Brazil and arrived at the US border in 2013. Kwesi felt relieved reaching the US border. He thought he would be safe; however, he was detained and thrown into an immigration detention center in San Diego. Kwesi was moved around to several detentions from 2013 to May 2015, when he was finally released from Mesa Verde immigration detention center.

Since his release in May 2015, Kwesi moved to Lafayette California, earned his GED and Medical Assistant certificate, and is working at Whole Foods. 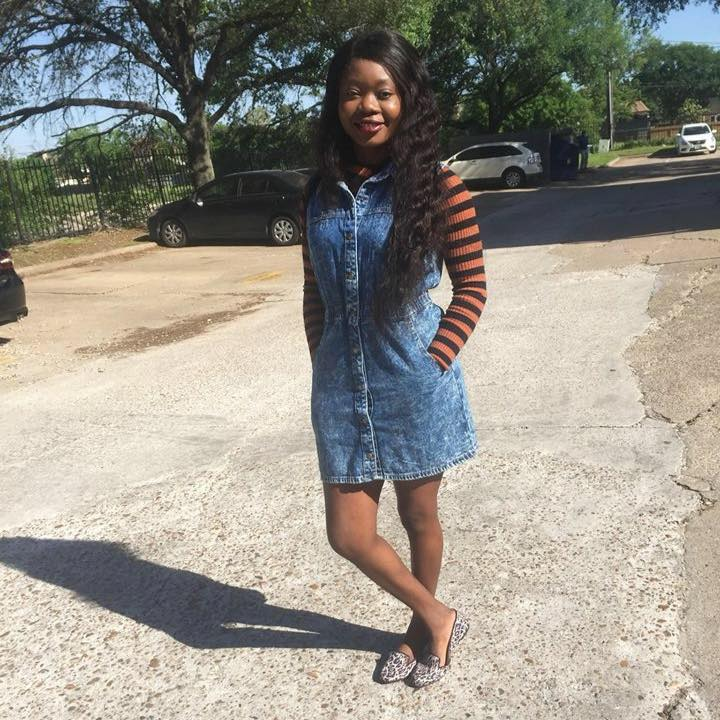 Rachael is a Nigerian asylum seeker who fled her home to escape death because she refused forced marriage. Rachael was raised by her grandparents and when her grandmother died her grandfather arranged her to be married to an 80-year old man. She was taken to be married, but she escaped. She was captured and was detained and tortured with her grandfather. Rachael managed to escape, and her grandfather pled with her to save herself. Rachael found refuge at a pastor’s home. The pastor and his wife helped Rachael flee to Mexico. Upon arriving at the US border, Rachael was detained and transferred to Mesa Verde, where she was held for over one-year. No one knew about Rachael, she was held in Mesa Verde for over 8-months with no single outside contact.
​
Thankfully Rachael won her asylum case and was released from Mesa Verde. After her release she lived with KWESI volunteers for several months, then moved to Texas to live with a friend. Six months there, Rachael returned to Bakersfield. Rachael moved to Los Angeles to work, and then pursued an RN degree in Texas and is now graduating! 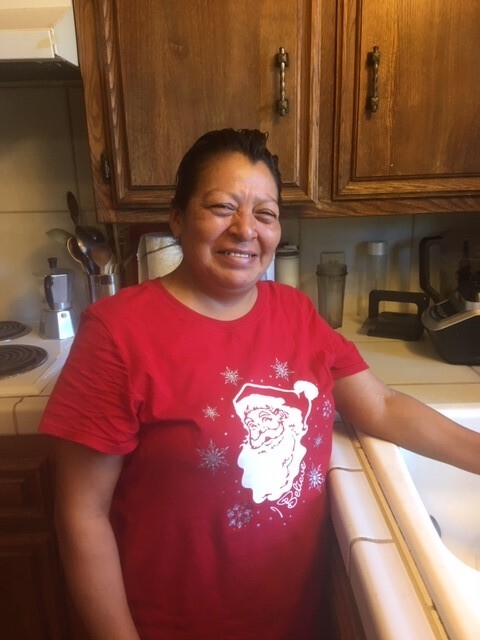 Rebecca was living in Chiapas, Mexico and working for the local government. However, when the 2016 elections started Rebecca, like other government employees were ousted by an emerging corrupt political party. Rebecca was harassed and threatened regularly in public. Rebecca hope that things would eventually calm down, but it did not. Rebecca read regularly that dead bodies of the opposing political party were found throughout the state. Rebecca feared that would be her and her 14-year-old son’s fate, so she fled with her son to the Unites State seeking asylum.
​
However, when she arrived at the border in April 2019 she was detained and separated from her son. Rebecca spent some weeks at a detention center in Colorado then transferred to Mesa Verde at the end of April 2019. Eventually her son was released to her family in Connecticut. 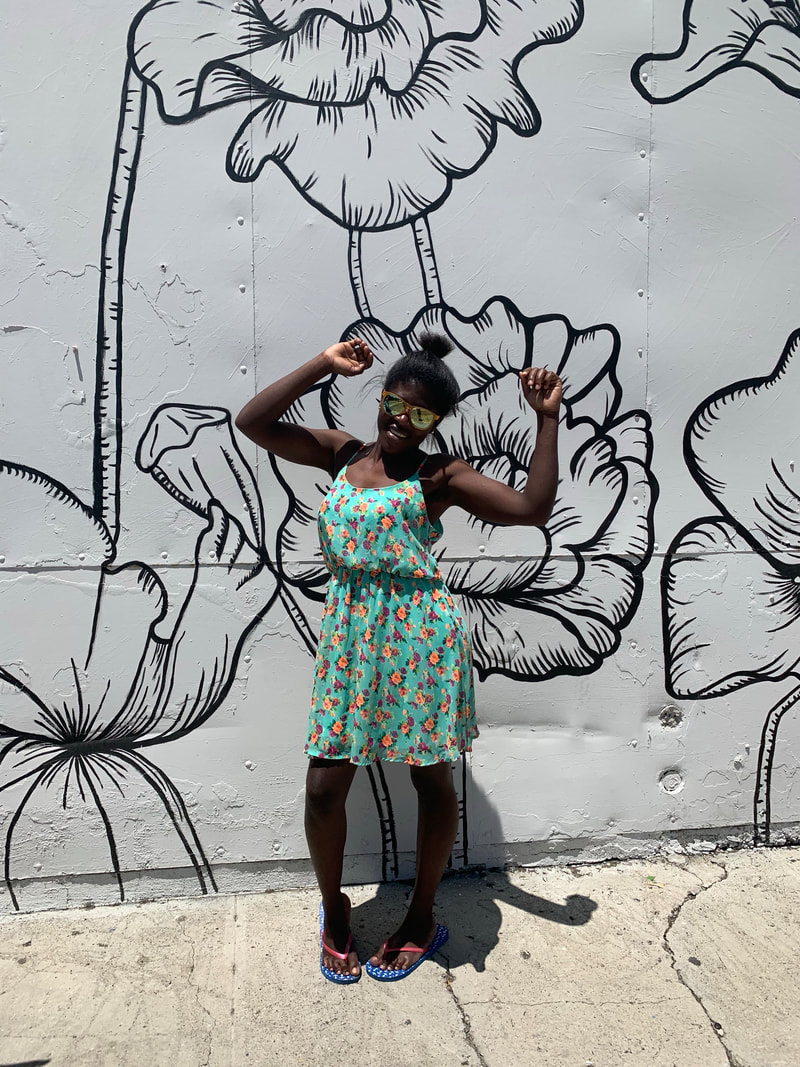 Call Her by Her Name
A piece written by Julie Jordan Scott
Julie is one of KWESI's dedicated volunteers and has shared
with us an experience she and Sharon, an immigrant from Cameroon,
endured traveling through the LAX airport.

The first time I was aware of namelessness was last September, when I was visiting a woman who was being detained at Mesa Verde. One of the guards who I had liked until that point said, “Are you here to visit 32Up?”
I responded, “I am here to visit Queenta.”
“32Up?” she asked again.
“I am here to visit Queenta.” I said again, emphasizing “here” and “Queenta.”
The guard turned her face and called the dorm to get Queenta ready for her visit.  “She isn’t a bed number, she is a person,” I muttered under my breath.
Ironic that her name includes the title “Queen.”
At Los Angeles International Airport last Friday night, I was with a woman named Sharon. She, like most of the women I have met from Cameroon, has a story that goes far beyond what my privileged white background can begin to imagine. She is twenty-four-years-old yet seems much younger. She talked with a soft voice and as we spent our final moments together, two big tears fell down her face as she whispered, “Thank you for coming here to see me on my way, Mom-Julie”
I knew she didn’t feel well. I wished she was leaving under better circumstances.
I was thrilled when the United Airlines employee waved Sharon through to the gold line so she didn’t have to wait. Once she got to TSA it was a different story. She was flagged by the agent and had to wait to have her bag inspected, her papers inspected and her body frisked.
I was separated from Sharon because she had a ticket and I didn’t.
She was in a zone I couldn’t get into so it felt as if I was no longer eligible to advocate for her. A ticketed man came through the line and I said to him, “Excuse me, will you tap her shoulder so she can see I am trying to talk to her.”
He was happy to help and when she turned and came closer I told her, “I will not leave until you are through.”
I could tell she was feeling worse and worse physically as she waited by the XRay machine. I saw her stumble a bit, almost fainting. I saw the TSA staff get her into a wheelchair. I saw her head hanging down. I couldn’t tell if it was because she was discouraged or if she had lost the strength to hold it up.
I noticed a staff person with CLEAR, an agency that accepts a fee that allows people to get through TSA quickly and easily, was watching us. Her work station was immediately adjacent to the TSA staff in a place I couldn’t access.  “Excuse me,” I said to her, “Will you please get one of the TSA’s attention? I am with that girl, the one in the wheelchair – I think she might be having a problem.”
“Do you want to come up here?” she said, pointing to the rope between me and the TSA where only ticketed passengers usually stand.
“Yes,” I said, “But can I?”
“I’m saying you can,” she said, calling out “Hey, TSA guy, this lady needs your help.”
The TSA man looked at me, curiosity in his eyes. “That girl, in the wheelchair,” I said, “Can you get her water or juice or something? She isn’t feeling well.”
The TSA agent was a young man, he said “I think she passed out, I don’t know what to do,” and he called out to his colleagues who were closer to Sharon. “This lady is with that girl, is she ok?”
He turned back to me, “I don’t think she is conscious.”
My fear reared up and I shouted, “Call her by name. Her name is Sharon, call her by name!”
I yelled “Sharon!” and a chorus of “Sharons” rang out. I said Sharon and at least four TSA agents followed suit. Immediately Sharon jumped up and turned to me. “Mom!” she said and waved, weak and smiling.
“Drink water, please, when you get back there.”
“Get her a wheelchair attendant!” yelled the Clear employee who had become an advocate as well.
Sharon got up and walked through the XRay machine. They frisked her on the other side and put her luggage back together and she was, indeed, awarded a helper in the guise of a wheelchair attendant.
She looked over her shoulder at me and smiled.
“Call her by name,” I whispered to no one and everyone. “Her name is Sharon.”
Sharon called me yesterday from her new home in San Antonio. She was meeting other members of the Cameroonian community and settling into her new life where I trust from now on she will be known as Sharon, Friend, Sister, Auntie, Beloved and perhaps someday, Mommy.